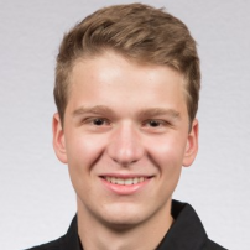 Guy works on the networking aspect of cryptonetworks. He is particularly interested in building truly decentralized, secure, and censorship-resistant networking protocols for cryptonetworks. Guy previously worked at Andreessen Horowtiz and studied Computer Science at Stanford University, where he was also on the Varsity Rowing team. His other technical interests include computational biology, natural language processing, and quantitative finance. In his free time, Guy enjoys good food, great friends, and spending time with his two precocious puppies.

2020-09-18 / Blog
A brief history of (re)building the Internet
The Internet began life as a military network engineered for resilience in the face of a nuclear attack. That’s right—the same network you use to check on your friends and share cat photos has at its core a structural pattern intended to survive a nuclear exchange long enough to mutually assure destruction with the USSR.