Research
Our mission urges us to consider problems across multiple subject areas, both applied and theoretical. We pursue these problems in the open and share our results in recorded talks and published papers.

CryptoEconLab at PL aspires to become a hub for research on economic incentives, coordination games, and novel marketplaces. We aim to develop capacity to design, validate, deploy, and govern large-scale economic systems. CryptoEconLab strives to empower projects in the ecosystem through novel incentives and advance humanity’s understanding of multiagent systems and algorithmic steering of economic networks.

CryptoComputeLab is focused on the intersection of applied cryptography, high performance computing, and programming language design. We strive to create and consume practical research to develop deployed software

The mission of the Resilient Networks Lab is to build resilient distributed systems, by creating and operating a platform where researchers can collaborate openly and asynchronously on deep technical work.

We aim to use learnings from previous efforts, growth in available data, and ambitions of qualitatively novel capabilities to facilitate the discovery, linking, and processing of knowledge. This work primarily consists of support for The Underlay, a project intending to build a global, distributed graph of public knowledge.

A long-term goal for the IPFS ecosystem is to merge distributed apps and local apps into a single paradigm: fundamentally rethinking the UNIX programming model for a content-addressable platform. As a component of this, we aspire to make the best use of state-of-the-art advances in programming language design and implementation, such as substructural types, modal types, and algebraic effects.

Category theory (CT) originated as a subdiscipline of pure mathematics, with a historical strength in unifying disparate mathematical areas to transport proofs and constructions between them. CT can also be viewed as an upgraded foundation for all of math, taking the place traditionally occupied by first-order logic and set theory, and is commonly used in theoretical computer science (especially type theory), and as a foundation for computational theorem-proving.

Modern cryptography plays an integral role in every aspect of online and electronic security, including providing evidence you’re speaking to the intended party and hindering spying on the subsequent communication. Cutting-edge cryptography tools will allow the creation of incredibly strong evidence that general information processing has been performed in a privacy-preserving and trustless way.

In any forum or marketplace where people can interact, the venue itself guides and constrains human interaction. Cryptoeconomics provides practices, tools, and knowledge that allow us to engineer the venue to achieve a goal.

Our electricity system is undergoing a monumental transition from a centralized design based on fossil fuels to a distributed architecture based on renewable energy. Successfully navigating this requires reconceiving the grid as a distributed system, able to coordinate diverse resources and influence the deployment of capital by setting up appropriate incentive structures.

Computer networks enable information to move across the globe. They are foundational to the world we live in and to the vast majority of our work. Our interests include transport and routing protocols, network security, p2p systems, publish-subscribe protocols, and network monitoring and simulation.

Metaresearch is the investigation of how scientific innovation occurs. It encompases work in the history, philosophy, and economics of science; the effects of incentive systems in research; the evaluation and validation of scientific data; and the dissemination of scientific knowledge, among other fields. 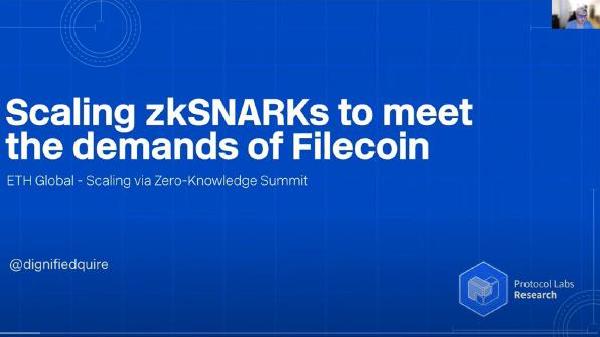 Scaling zkSNARKs to meet the demands of Filecoin 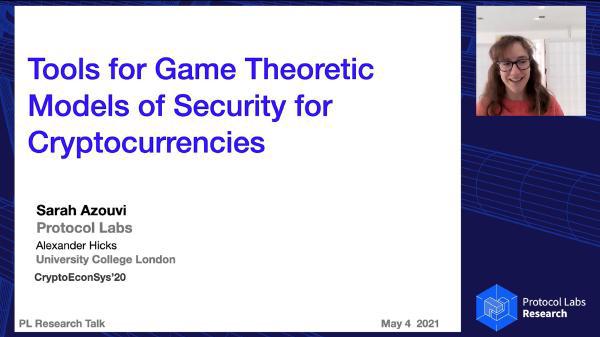 SoK: Tools for game theoretic models of security for cryptocurrencies

2021.6.11 / Conference paper
IPFS-FAN: A Function-Addressable Computation Network
Permissionless computation is one of the missing pieces in the web3 stack in order to have all the tools needed to “decentralise Internet services”. There are already proposals to embed computation in decentralised networks like smart contracts, or blockchain networks for computational offloading.

Cryptography
2021.3.18 / Report
Rinocchio: SNARKs for Ring Arithmetic
Succinct non-interactive arguments of knowledge (SNARKs) enable non-interactive efficient verification of NP computations and admit short proofs. However, all current SNARK constructions assume that the statements to be proven can be efficiently represented as either Boolean or arithmetic circuits over finite fields.

Cryptography
2021.1.14 / Report
Accelerating content routing with Bitswap: A multi-path file transfer protocol in IPFS and Filecoin
Bitswap is a Block Exchange protocol designed for P2P Content Addressable Networks. It leverages merkle-linked graphs in order to parallelize retrieval and verify content integrity. Bitswap is being used in the InterPlanetary File System architecture as the main content exchange protocol, as well as in the Filecoin network as part of the block synchronisation protocol.