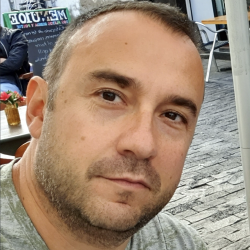 Marko joined Protocol Labs mid-2021 as the ConsensusLab lead. Prior to this he was a Principal Research Staff Member in IBM Research Zurich, where he worked from 2015-2021 and earlier as a PostDoc (2008-2010). Marko has also served as tenured faculty at EURECOM (2010-2014) and a visiting professor at the Systems Group at ETH Zurich (2014).

Marko obtained a Doctor of Science (PhD) degree in Distributed Systems from EPFL in the Distributed Programming Laboratory (LPD) in 2008. Prior to his PhD, Marko graduated from the EPFL Doctoral School in Computer and Communication Sciences in 2003 and obtained a dipl.ing. degree in Electrical Engineering (Telecommunications) from the School of Electrical Engineering, University of Belgrade, in 2001.

Marko’s main research interest is in decentralized systems, that is in distributed systems that span multiple administrative and trust domains (e.g., permissionless and permissioned blockchain systems). This fascinating area of computer and communication sciences blends (Byzantine) fault-tolerant distributed systems, planet-scale computer networking, security, data privacy, applied cryptography, game theory and economics. He describes himself as basically interested in “decentralizing everything”, including payment and financial systems, cloud computing and machine learning/AI. His recent focus has been on building highly scalable and efficient consensus protocols to help improve throughput of decentralized systems. 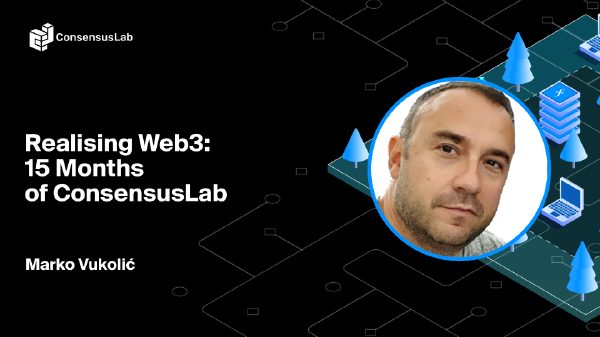 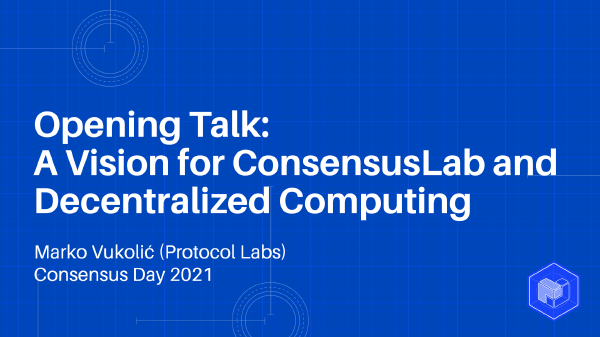 A vision for ConsensusLab and decentralized computing

2022-12-13 / Conference paper
Pikachu: Securing PoS blockchains from long-range attacks by checkpointing into Bitcoin PoW using Taproot
Blockchain systems based on a reusable resource, such as proof-of-stake (PoS), provide weaker security guarantees than those based on proof-of-work. Specifically, they are vulnerable to long-range attacks, where an adversary can corrupt prior participants in order to rewrite the full history of the chain.

Distributed systems
2022-03-11 / Conference paper
Hierarchical consensus: A horizontal scaling framework for blockchains
We present the Filecoin Hierarchical Consensus framework, which aims to overcome the throughput challenges of blockchain consensus by horizontally scaling the network. Unlike traditional sharding designs, based on partitioning the state of the network, our solution centers on the concept of subnets –which are organized hierarchically– and can be spawned on-demand to manage new state.

Bulletin of the European Association for Theoretical Computer Science / 2021.11.23

2022-09-15 / News, Events
ConsensusDay 22: programme now live!
Consensusday 22 is fast approaching! The workshop, which will be co-located with ACM CCS this year, will take place 7 November in Los Angeles. We have another exciting programme for this edition, comprising 15 talks that cover assumptions, PoS security, leader election, performance, and more.

Distributed systems
2022-05-18 / News, Events
ConsensusDay 22: call for contributions
After a wildly successful 2021 edition, ConsensusDay is back for 2022! The goal remains the same: to provide a forum for the discussion of early-stage but high-impact research with scientific interest and real-world applications and to build a community around it.

Distributed systems
2022-03-03 / Blog
Scaling blockchains with hierarchical consensus
Scaling blockchains is not an easy task. Less so if one is looking to accommodate not only crypto-native use cases but also Web 2.0-like applications handling significant volumes of data at high throughput (of the kind that you would host with your preferred cloud provider).

Distributed systems
2021-10-29 / News, Events
ConsensusDays 21 recap and recordings
It was a calm day in early August when we launched a call for contributions for ConsensusDay 21, the launch event for our ConsensusLab. Originally intended to be an intimate, one-day virtual workshop aiming to foster discussion of consensus research and bootstrap a collaboration network, it soon became clear that it was growing beyond our wildest expectations – and certainly beyond what we had planned and were prepared to accommodate.

Distributed systems
2021-09-28 / News, Events
Announcing the ConsensusDays 21 program
After a two-week review marathon, we’re happy to announce the exciting program for ConsensusDays 21. The workshop will take place 6-7 October (next week!) in the 14:00-20:00 UTC period. We were overwhelmed by the number and quality of talk proposals, and many decisions ended up coming down to program limitations and session planning rather than quality alone.

Distributed systems
2021-07-30 / News
ConsensusLab: supercharging our consensus research
We are excited to announce the launch of ConsensusLab, a new research group focused on scalable consensus for decentralised systems and a part of Protocol Labs Research. Consensus — loosely defined as global agreement on the state of a decentralised network across its mutually untrusting participants — has been known to be at the heart of decentralised systems ever since the inception of Nakamoto’s Proof-of-Work (PoW) consensus.