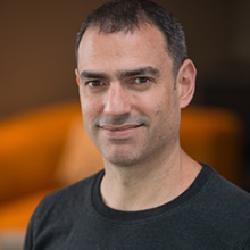 For most of his career, Ariel has focused exclusively on theoretical computer science, obtaining a PhD from the Weizmann Institute in 2008. A few years ago he discovered the world of Bitcoin and blockchain technology. He sees it as a fascinating potential meeting place of beautiful theoretical computer science ideas and real-world applications. Motivated by this, he shifted his focus in 2014 from pure theory into making tools such as Zero-Knowledge proofs more practical and efficient. Notably, he contributed to the original deployment of Zcash and later discovered and helped mitigate a critical counterfeiting bug.

Cryptography
2019-05-29 / Report
AuroraLight: Improved prover efficiency and SRS size in a Sonic-like system
Using ideas from the recent Aurora zk-STARK of Ben-Sasson et al. [BCR + 19], we present a zk-SNARK with a universal and updatable SRS similar to the recent construction of Maller et al.