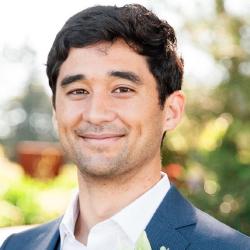 MS in Materials Science and Engineering, 2011

BS in Materials Science and Engineering, 2010

Evan is the team lead for Research at Protocol Labs. He has lived in California his whole life, bouncing between NorCal and SoCal. He spent enough of his childhood at beaches that a sandy shore always feels familiar; the rest was spent sitting at a computer, reading books, or disassembling things. He eventually majored in Materials Science and Engineering at Stanford after unintentionally picking up minors in math and CS. He was then driven by his curiosity to a Ph.D. in Applied Physics at Caltech and, upon completion, was lead to Protocol Labs by a desire to build systems that affect real people.

Evan still loves beaches, reading, and disassembly. Figuring out how things do, should, or could work is a passion, and sharing that knowledge is a favorite hobby. He’ll go on for hours if you tell him you’re interested in his thesis, so set a time limit before starting on that particular odyssey of quantum optics and nanofabrication.

Filecoin provides a blockchain-based marketplace that promises to revolutionize the global storage economy. The Filecoin marketplace delivers a totally new and secure way for anyone in the world to buy and sell storage. We’re excited to share an overview of how the storage economy works on the Filecoin Network.

SourceCred: an introduction to calculating cred and grain

You may not know that Protocol Labs is a supporter of an open-source governance and sustainability project called SourceCred. As a participant in a small SourceCred meetup last month, I learned enough about the underlying algorithm that I wrote up an explainer for their documentation repo and thought it might be interesting to share it here as well.

Protocol Labs is a remarkably ambitious and ideological company. For example, our team’s dedication to abstraction has left us with an unusually modular corporate structure, and our belief in future-proof solutions has us biting off so much that we’re often left chewing for a long time.