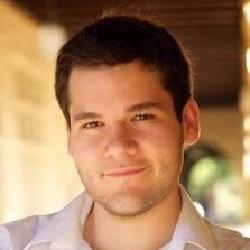 Juan Benet is the inventor of the InterPlanetary File System (IPFS), a new protocol to make the web faster, safer, and more open, and Filecoin, a cryptocurrency incentivized storage network. The IPFS Project has grown into a large open source movement to re-decentralize the web, safeguard our data, and improve our applications. Juan is the founder of Protocol Labs, the internet tech R&D lab that develops IPFS and Filecoin. He studied Computer Science at Stanford University, and is obsessed with knowledge, science, and technology.

A proof-of-replication (PoRep) is a proof system that a server can use to demonstrate to a network in a publicly verifiable way that it is dedicating unique resources to storing one or more replicas of a data file.

We introduce Proof-of-Replication (PoRep), a new kind of Proof-of-Storage, that can be used to prove that some data D has been replicated to its own uniquely dedicated physical storage. Enforcing unique physical copies enables a verifier to check that a prover is not deduplicating multiple copies of D into the same storage space.

The contents of this document describe the tutorial session delivered at ICWE 2016, focused on Building Distributed Web Applications with IPFS. IPFS, the InterPlanetary File System, is the distributed and permanent Web, a protocol to make the Web faster, more secure and open.

The InterPlanetary File System (IPFS) is a peer-to-peer distributed file system that seeks to connect all computing devices with the same system of files. In some ways, IPFS is similar to the Web, but IPFS could be seen as a single BitTorrent swarm, exchanging objects within one Git repository.