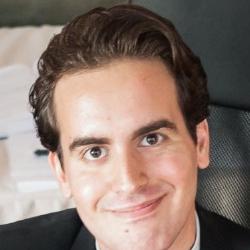 BS in Computer Science and Mathematics, 2005

Davidad studied computer architecture and programming languages at MIT, then biophysics and neuroinformatics at Harvard. He led an international collaboration to employ new methods to interrogate the smallest nervous system in nature (that of the worm Caenorhabditis elegans), funded by personal grants from Google cofounder Larry Page and PayPal cofounder Peter Thiel, which resulted in a publication in Nature Methods. He has also worked in machine learning and software performance engineering at major tech companies and startups. Davidad is one of the co-inventors of Filecoin, but now focuses primarily on longer-term research; he is a frequent visitor to Oxford’s Future of Humanity Institute and the Machine Intelligence Research Institute on questions around the beneficial development of artificial superintelligence. Davidad currently sits on the Industrial Advisory Board of the University of Birmingham’s School of Computer Science, and a joint China-U.S.-Australia AI governance panel.

In Part One, we traced the intellectual and technological history of modern implementations of distributed ledger technology. Now let’s take a stroll through the technological landscape around the time of Filecoin’s release:

A Research Perspective on Filecoin

The Filecoin network is launching in the middle of a revolution in internet architecture, where vulnerable centralized services dependent on trusted parties are being replaced with resilient decentralized solutions based on verifiable computation, and internet services are being relocated from inefficient central monoliths to the far reaches of the network by peer-to-peer markets.

Compositional semantics have been shown for machine-learning algorithms [FST18] and open games [Hed18]; at SYCO 1, remarks were made noting the high degree of overlap in character and analogy between the constructions, and that there is known to be a monoidal embedding from the category of learners to the category of games, but it remained unclear exactly what kind of structure they both are.

We introduce Proof-of-Replication (PoRep), a new kind of Proof-of-Storage, that can be used to prove that some data D has been replicated to its own uniquely dedicated physical storage. Enforcing unique physical copies enables a verifier to check that a prover is not deduplicating multiple copies of D into the same storage space.