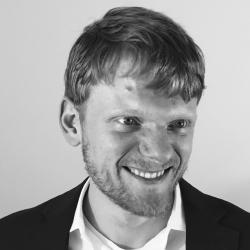 BS in Materials Science and Engineering, 2010

Alan’s research at Protocol Labs applies design principles from distributed systems and the decentralized web to the power grid. His doctoral work focused on structural batteries that can be incorporated into vehicles to bear mechanical load. He previously cofounded CoolComposites, a startup aimed at integrating inorganic phase change materials into building insulation in order to improve energy efficiency. Studying the interaction of these materials with the power grid, using materials to shift energy use from the afternoon to the night, led him to his current research. He has degrees in Materials Engineering from Stanford and MIT.

Three years ago, we set out to apply the decentralization ethos to the power grid — a complex, sprawling network with some parts dating back over a century. That was the beginning of the Decentralized Energy Project, an effort within AbstractionLab.

Formal verification tools such as TLA+ allow errors to be uncovered through exhaustive exploration of reachable states, and are the gold standard for ensuring resilience in software systems. In particular, these methods can be used to identify error states emerging from precise interactions between multiple subsystems that would occur only after long periods of testing, operation, or stacked error conditions.

Hello from the Decentralized Energy Project!

We’re two materials scientists here at Protocol Labs, and we’re working to improve the electricity grid. Why, you may be thinking, does a distributed file storage company have a project related to the energy grid?

Protocol Labs researcher Michael Hammersley discusses the current state of his work on a decentralized energy grid, a shared project with Alan Ransil, another researcher at Protocol Labs.

Scientific knowledge growth combines elements of existing theories into new proposed models, which is combinatorially intractable. Inspired by dual-system psychological theories, we conceptualize a knowledge creation process in two stages. Stage One narrows the space of existing computational elements based on contextual queues, supplying components from which a new model will be proposed.

Microgrids are local installations typically connecting one or multiple generation sources with some set of loads. They range in size, from tiny off-grid solar home systems (SHSs) to power infrastructure spanning a university campus or military base.

In order to decarbonize the power grid, we will make increasing use of resources at the grid edge such as wind, solar and batteries. This implies some significant changes in the structure of the power grid, which will have to transform from its current radial structure into a more distributed one. This talk briefly summarizes the way that the grid is structured now and how electricity pricing is done in transmission networks, and describes how we might extend these mechanisms to support clean energy.

This report focuses on power distribution and retail — the ‘last few miles’ of electricity delivery — because this portion of the power grid in particular must be transformed if we are to decarbonize our energy system.

This first report focuses on the mechanisms by which electricity is priced in today’s power markets. Existing energy markets govern the infrastructure that any widely-used trading protocol must interface with in the short and medium terms.