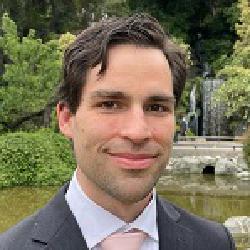 MA in Comparative Religion and Ethics, 2009

Jonathan joined Protocol Labs in August 2019 after eight years of administrative work at the California Institute of Technology. He is interested in scientific ethics and the role of technology in the 21st century. His professional and personal foci lie at the intersections of philosophical, spiritual, and pragmatic (social, political, scientific, technological, etc.) approaches to solving human problems, though he probably wouldn’t chop these up into such discrete categories.

Ultimately, he believes that people should have free and open access to the information, relationships (communication), and resources necessary to build a better world. Working at Protocol Labs is an opportunity to co-labor toward that goal.

2021-12-21 / Blog
Protocol Labs research funding recipients 2021, part 2
Last week we introduced you to the researchers pursuing key problems in cryptography via RFP-009, RFP-010, and a Nucleation Grant. Now we are excited to share the recipients of research awards intended to fund proposals from PhD candidates, postdoctoral fellows, and faculty through our open grant offerings.

Cryptography , Distributed systems , Metaresearch , Networking
2021-12-17 / Blog
Protocol Labs research funding recipients 2021, part 1
This has been a prodigious year for generating new funded collaborations between Protocol Labs Research and top academic researchers around the world! We have given out a whopping eighteen awards since August (with others pending).

Cryptography
2021-06-01 / News, Grants
Introducing our new grant spectrum
Protocol Labs Research is committed to supporting the innovation needed to build our decentralized future. Today we are pleased to announce the expansion of the PL Research Grant Program to include a variety of new funding opportunities designed to support collaborative work on problems defined by the broader research community and critical to our work at Protocol Labs.

Distributed systems , Networking
2020-05-22 / News
Rosario Gennaro named 2020 IACR Fellow
In May, Rosario Gennaro was named a 2020 Fellow of the International Association for Cryptologic Research (IACR). IACR established its Fellows Program in 2002 to recognize oustanding members for significant technical and professional contributions to cryptology and related fields.

Cryptography
2020-03-11 / News
The Underlay seeks qualified software engineer
The Underlay, a Protocol Labs independent research project undertaken in conjunction with the Knowledge Futures Group at MIT, is currently looking for a Software Engineer with strong full-stack web development skills and an interest in semantic web and decentralized web technologies.